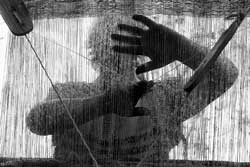 Liguria is an excellent destination not only for sun lovers but also for fans of delicate craft products. During the long history of the region Ligurians have been refining their skills in a variety of crafts. Nowadays here is produced a lot of excellent handicrafts and it preserved according to the local traditions.

Depending on the region in Liguria are produced special arts and crafts. So Campo Ligure is famous for producing very delicate filigree and jewellery. Tourists and locals know and highly appreciate the fine brooches and chains. Ceramics is made, painted and burned in Albissola, while the region around it specializes in glass industry. Nevertheless, both of them prove that great love to this work can be mixed with the traditional making of the details with modern design. The Ligurian table stuffs are loved and cared for throughout Italy.

Slate is one of the most important stones in Liguria. Even in the times of ancient Romans it was dismantled and exported. Later it was mainly used as a building material for covering roofs and making house walls. Even such buildings as the cathedrals of San Lorenzo and San Matteo in Genoa were decorated with slate. The major mines were located in Fontanabuonatal and the best stonemasons also lived there. Even today there are many operating slate quarries in the area and there are many artisans living here. More detailed information is available in the Museum of Fontanabuonatal slate.

The pebbles, limestone and marble belong to the most mined stones here as well. Previously they were mostly used as a building material. Today, concrete paving stones, old coverings and decorations have already been ousted in many places. The well-preserved original stone work can be found in the small Romanesque church of San Nicolò di Capodimonte built in the 12th century.

Hand weavers lived in Zoagli for centuries. Damask and velvet were mostly produced in Chiavari. Lorsica was famous for beautiful upholstery fabrics for the furniture of all kinds.