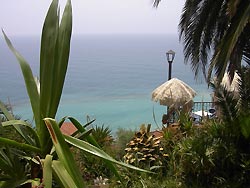 Liguria and its provinces: The Italian region of Liguria is located in the north-west part of the country and consists of four provinces. Liguria offers an accommodation for all holidaymakers. There is a very good opportunity for them to taste fresh local dishes that are accompanied by a glass of the best Ligurian wine.

The western province of Ligurian region is called Imperia with the capital in the city of San Remo. The olive oil which is produced here is in high demand and it is considered to be the best one in Italy. If you are in Imperia then it is really worth visiting "Museo dell` Olivio” here.

San Remo has a reputation of a glamorous city which is also reflected in a local Modern-styled casino.
Imperia borders with Savona. This province of Liguria is famous for the "Grotte di Toirano", which is situated just behind the Toirano area. The caves of Toirano consist of four grottos with the total length of 1.3 kilometers and are really worth visiting during the trip.

The city of Savona has the fifth largest port in Italy and an attractive Old Town. From Savona you can get to the Genoa province via its capital with the same name. In Genoa is located an "Acquario di Genova", which is a modern port area and the largest water zoo in Europe. The lighthouse of "Lanterna" is the symbol of Genoa and it serves as an orientation for the sailors. The former fishing village of Portofino in this region of Liguria is the most exclusive part of the Riviera which impresses by its elegance and jet sets.

The province of La Spezia is mainly famous for the "Cinque Terre". It consists of five villages here and moreover this coastal strip is protected by the UNESCO World Heritage. Everyone is invited here for a long time and to go hiking. The provincial capital city of La Spezia is mainly famous for its closeness to the "Cinque Terre" which has been mentioned above, the shipyard and a city port are also worth mentioning here.